Colectica allows you to describe how variables measure the same information at different times or among different populations.

Colectica uses three levels of items to describe how variables from different points in time or different datasets correspond to each other.

Consider a dataset that measures marital status in three different years: 2000, 2005, and 2010. The dataset may look like:

In the first two years, the data was represented by two choices: Married and Divorced. In the third year, the data contain a new option: Married, Divorced, and Widowed. Two different representation types are used for this variable over time.

Finally, a conceptual variable is used to describe the common information among the three variables. This can be named marstat, and should be referenced by both the represented variables.

The following diagram visualizes these items and their relationships.

By specifying the variables in this way, Colectica Portal is able to create concordance views that show a comparison the variables. 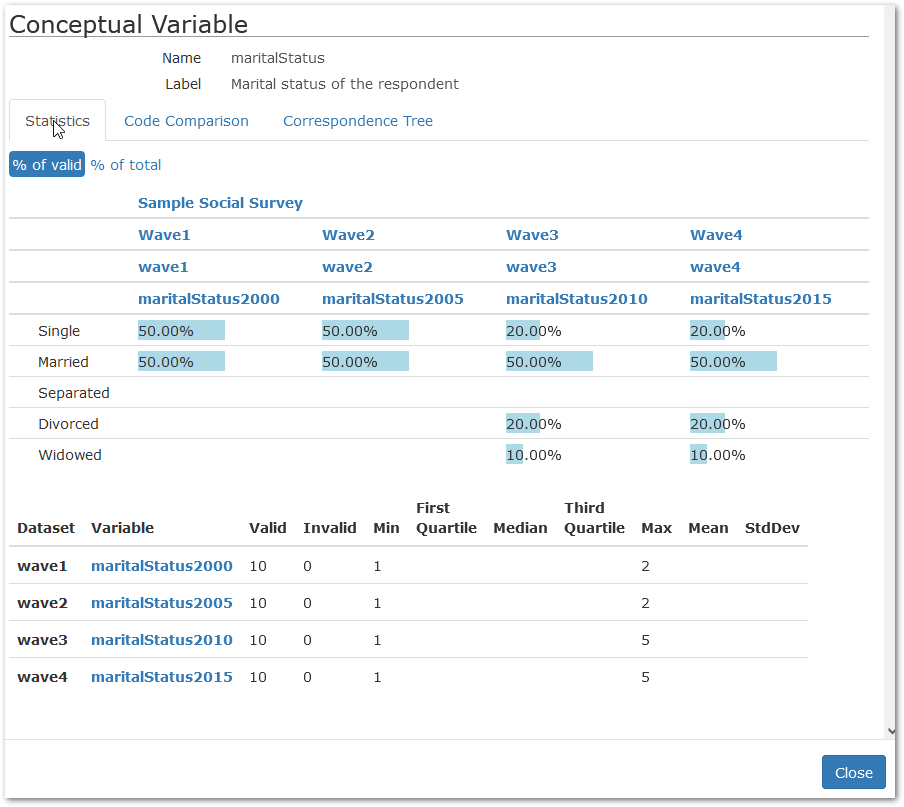 For coded variables, Portal can also show a comparison of the codes used for each variable. 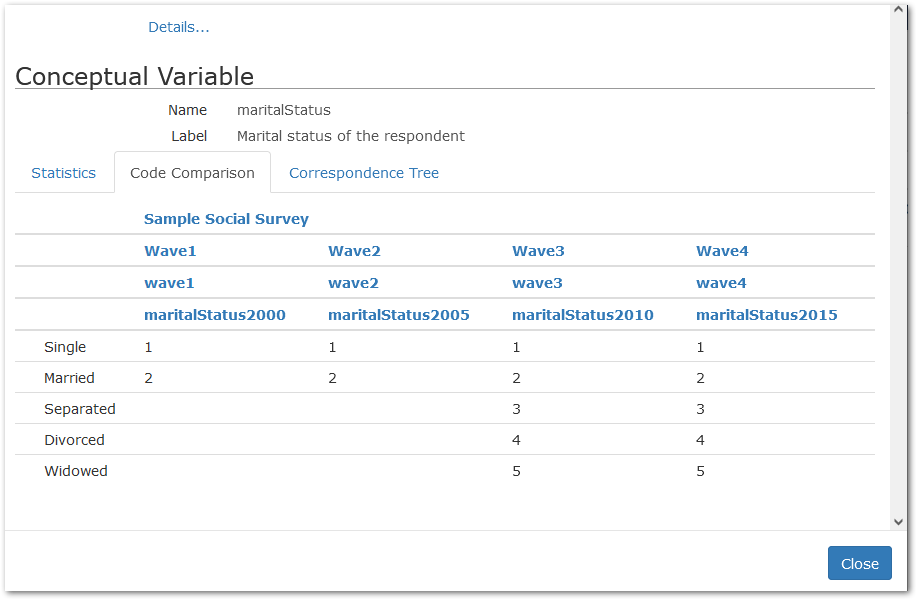 In Colectica Portal, the Explore page shows concordance tables that allow users to browse for variables by topic across many datasets. To enable this functionality, information can be created and published following the structured described here.

For information on configuring the concordance tables in Colectica Portal, see /portal/technical/deployment/configuration.

The metadata package is the container for much of the metadata used to define concordance.

The concept set is used to define the navigation that is displayed on the left side of the Explore view.

Studies under the Series are used to organize a repeated project into rounds or waves. Each Study can have one or more data files within it.

Variables should use the metadata structure for variables, describe above.

The concordance tables are created with the following logic:

The following logic will be used to build these concordance tables.

With metadata in the structure described above, Colectica Portal will display concordance tables similar to the following:

Statistical comparisons are only available when using the PhysicalInstance approach.

To assign a represented variable to a variable: